The Best And Healthiest Iron-rich Foods

Iron is an essential nutrient (which means we must get it from food) and a very important mineral that our bodies need to function properly. It plays a vital role in many crucial body processes. Iron is a part of hemoglobin – a protein in red blood cells, which enables the cells to carry oxygen from the lungs to all other organs, tissues, and cells and helps our muscles store and use oxygen. Iron is also needed to form many other proteins and enzymes.

To function properly, our bodies need the exact right amount of iron. Too much iron in our bodies can lead to iron poisoning, therefore taking iron supplements can be a risky business. Too little iron, on the other hand, may cause iron deficiency anemia – the most common form of anemia.

In many cases, iron deficiency can be treated by simply consuming plenty of iron-rich foods. The Daily Value (DV) of iron is 18 mg. However, the amount varies depending on gender and life stage. Men and post-menopausal women, for example only require 8 mg of iron per day. On the other hand, menstruating women need 18 mg a day and pregnant women should intake approximately 27 mg of iron a day. The amount of iron the body absorbs is partially based on the amount of iron you have stored. We must make sure to replace the amount of iron we lose on a daily basis. Fortunately, there are many iron-rich vegetables, even iron-rich fruits, and other healthy foods that contain more than enough iron to meet your daily iron needs.

There are two types of dietary iron – heme and nonheme. Heme iron is derived from hemoglobin and can be found in animal foods, which originally contain hemoglobin. Our bodies can absorb more iron from heme iron food sources, however, these foods should be consumed in moderation.

Nonheme iron, on the other hand, can be found in plant sources. It is added to iron-enriched foods. Our bodies are less effective at absorbing nonheme iron, yet nonheme iron encompasses most of our dietary iron. Moreover, plant iron food sources are considered healthier and can be consumed in larger amounts.

Liver And Other Organ Meats

Organ meats, including liver, kidneys, heart, and brain are extremely high in iron. In fact, research has shown that a 3.5-ounce or 100-gram serving of beef liver contains 6.5 mg of iron, which is 36% of the Daily Value.

Organ meats are also high in protein, vitamin B, copper, selenium, and choline – a nutrient that is vital for proper brain and liver function. The liver is also incredibly high in vitamin A.

However, organ meats are not appropriate iron-rich foods for pregnancy and should be avoided during all three trimesters.

Shellfish are some of the most effective iron-rich foods for anemia. All kinds of shellfish are high in iron, especially oysters, clams, and mussels. A 3.5-ounce or 100-gram serving of clams, for example, contains up to 3 mg of iron, which is 17% of the DV, however, the amount of iron in clams may vary.

Shellfish are very nutritious overall. They are packed with protein, vitamin C, and huge amounts of vitamin B12. Additionally, shellfish have been shown to increase the level of the ‘good’ HDL cholesterol in your blood.

While certain types of shellfish and fish may contain large amounts of mercury and other toxins, according to a 2012 study, the benefits of eating seafood outweigh the risks considerably.

Raw shellfish, however, may be contaminated with bacteria and parasites, as such, they should not be consumed during pregnancy.

Red meat is an excellent source of iron in food and probably the most accessible source of dietary heme iron. A 3.5-ounce or 100-gram serving of ground beef, for example, contains 2.7 mg of iron and covers 15% of the DV.

A 1992 study examining iron status in exercising women has found that women who consume meat seem to absorb iron better than those who took iron supplements instead.

Most fish, especially tuna, sardines, mackerel, haddock, perch, and salmon, are considered healthy, very nutritious, and full of iron. A 3.5-ounce or 100-gram serving of canned tuna, for example, contains approximately 1.6 mg of iron, which is just over 11% of the DV.

Fish are also packed with omega-3 fatty acids, which offer countless other health benefits, including promoting brain health, strengthening the immune system, and supporting healthy growth and development. Additionally, they are rich in selenium, niacin, vitamin B12, and other essential nutrients.

Turkey and other poultry are also packed with healthy protein, selenium, zinc, and several B vitamins. Moreover, consuming poultry and other high-protein foods may make you feel food and increase your metabolic rate after a meal, resulting in weight loss without losing muscle mass.

When it comes to plant-based nonheme iron-rich foods that are also suitable for vegetarians and iron-rich vegetables, in particular, only a few are as high in iron as spinach. A 3.5-ounce or 100-gram serving of raw spinach contains approximately 2.7 mg of iron, which is 15% of the DV.

Spinach also offers tons of other health benefits, yet it is low in calories. While spinach contains nonheme iron, which is not as easily absorbed as heme iron, it is rich in vitamin C and as studies have shown that vitamin C considerably boosts iron absorption, the iron-vitamin C combination is particularly healthy and powerful.

It also contains lots of antioxidants called carotenoids, which have been linked to decreased inflammation, better eye health, and reduced risk of cancer. To make sure the antioxidants get properly absorbed, consume them with healthy fats, such as olive oil.

While spinach is the most iron-rich leafy green vegetable, kale, collard, beet greens, and swiss chard all contain large amounts of iron.

Raw tomatoes contain relatively small amounts of iron. However, dried or concentrated in paste, tomatoes are quite high in iron. Half a cup of sun-dried tomatoes, for example, offers up to 15% of the DV. Half a cup of tomato paste, on the other hand, contains 22% of the recommended daily amount of iron.

As tomatoes are also rich in vitamin C, iron absorption is increased.

Broccoli is an exceptionally nutritious food. It is packed with vitamin C – a vitamin that helps the body absorb iron, fiber, vitamin K, folate, and of course, iron. In fact, one cup or 156-grams of broccoli contains 1 mg of iron, which is 6% of the DV.

Furthermore, broccoli, as well as other cruciferous vegetables like cauliflower, cabbage, kale, and Brussels sprouts, also contain indole, sulforaphane, and glucosinolates – plant compounds that seem to protect the cells and the body against cancer.

Potatoes, especially their skin, are also rich in iron. In fact, one large (10.5-ounce of 295-gram) unpeeled potato contains 3.2 mg of iron, which is 18% of the DV. The same serving of sweet potatoes, on the other hand, provides 12% of the DV.

Potatoes are also high in fiber, vitamin C, potassium, and vitamin B6.

Shiitake and portobello mushrooms, on the other hand, contain very small amounts of iron.

Olives are delicious and nutritious. Plus, they are packed with iron. In fact, a 3.5-ounce or 100-gram serving of olives contains 3.3 mg of iron, which adds up to 18% of the daily value.

Furthermore, olives are high in fiber, healthy fats, and vitamins A and E. They are linked to decreased risk of heart disease and other health benefits.

In addition to iron, legumes are also high in folate, potassium, and magnesium. They are linked to reduced inflammation, decreased link of heart disease, plus, they may help you feel full and lose weight.

Like other legumes, soybeans are also packed with iron and as tofu is made of soybeans, it is a great iron-rich food for vegetarians. A half-cup (126 grams) portion comes with 3.4 mg of iron, which makes 19% of the DV.

In addition to iron, tofu also contains considerable amounts of thiamine, calcium, magnesium, selenium, and other essential nutrients. It also offers 22 grams of protein per serving. Furthermore, it contains isoflavones, which are associated with reduced risk of insulin resistance and heart disease and decreased symptoms of menopause.

In addition, they are high in protein, fiber, healthy fats, vitamins, minerals, antioxidants, and other healthy compounds.

When it comes to nut butters, make sure to opt for 100% natural varieties, as others may contain lots of added oils, salt, and sugar.

Quinoa is a healthy whole grain and among other healthy nutrients, it contains iron. One cup of cooked quinoa offers 2.8 mg of iron, which gives you 16% of the DV.

This grain is also high in protein, folate, magnesium, manganese, copper, etc. It is also packed with antioxidants. Moreover, as quinoa is a gluten-free grain, it is also suitable for people with gluten intolerance.

Like quinoa, amaranth is also a very healthy and nutritious gluten-free whole grain. In addition to large amounts of plant proteins, complex carbs, fiber, magnesium, manganese, and phosphorus, it is also high in iron. It contains 5.2 mg of iron per cup cooked, which is 29% of the DV.

Most importantly (at least in our case), spelt is full of iron. It contains 3.2 mg of iron per cup cooked or 18% of the DV.

Oats are tasty, nutritious, and easy to add to our diet. They are packed with plant protein, magnesium, folate, zinc, and soluble fiber, which supports gut health, makes us feel full, reduces cholesterol, as well as blood sugar levels.

In addition, oats are high in iron. One cup of cooked oats contains approximately 3.4 mg of iron, which is 19% of the DV.

Chocolate lovers will be pleased to know that cocoa and dark chocolate are also very nutritious and high in iron. A 1-once or 28-gram serving of dark chocolate contains 3.4 mg of iron or 19% of the recommended daily intake.

Dark chocolate is also high in copper, magnesium, prebiotic fiber, antioxidants, and other beneficial compounds. Cocoa has been shown to reduce bad cholesterol and boost your cardiovascular health.

As cocoa and dark chocolate contain much more flavanols and other healthy compounds, make sure to opt for chocolate with a high cocoa content (at least 70%), instead of milk chocolate.

Other iron-rich foods that may currently not be a regular part of your diet, but contain huge amounts of iron include:

As heme iron is more easily absorbed by the body than plant-based nonheme iron, vegetarians and vegans are advised to intake 1.8 times more iron a day than people who eat meat.

As such, men and post-menopausal women should take 14 mg of iron a day, menstruating women 32 mg a day, and pregnant women 49 mg of nonheme iron a day.

To maximize iron absorption, you can also incorporate some of the following strategies: 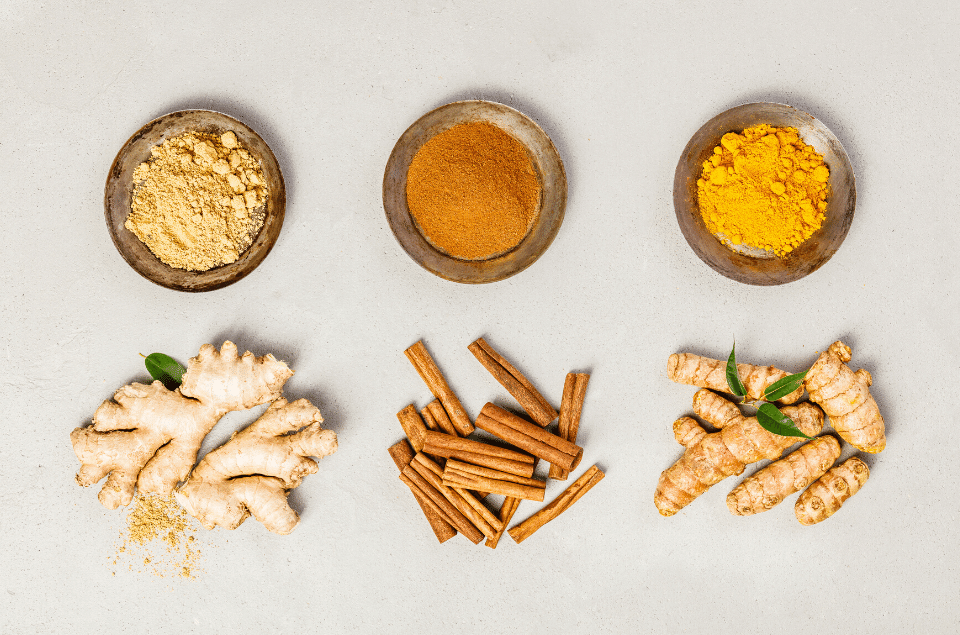 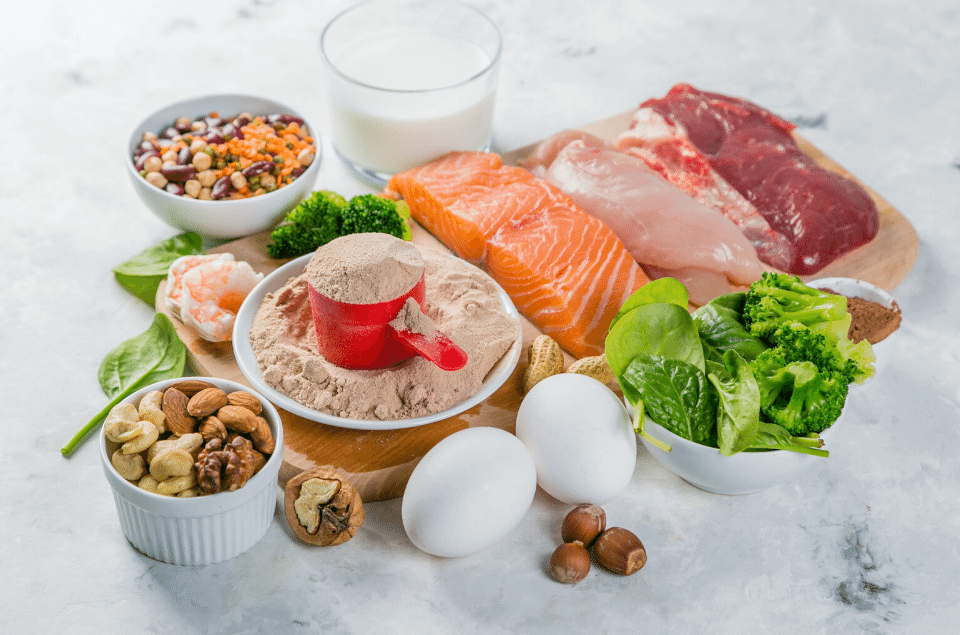 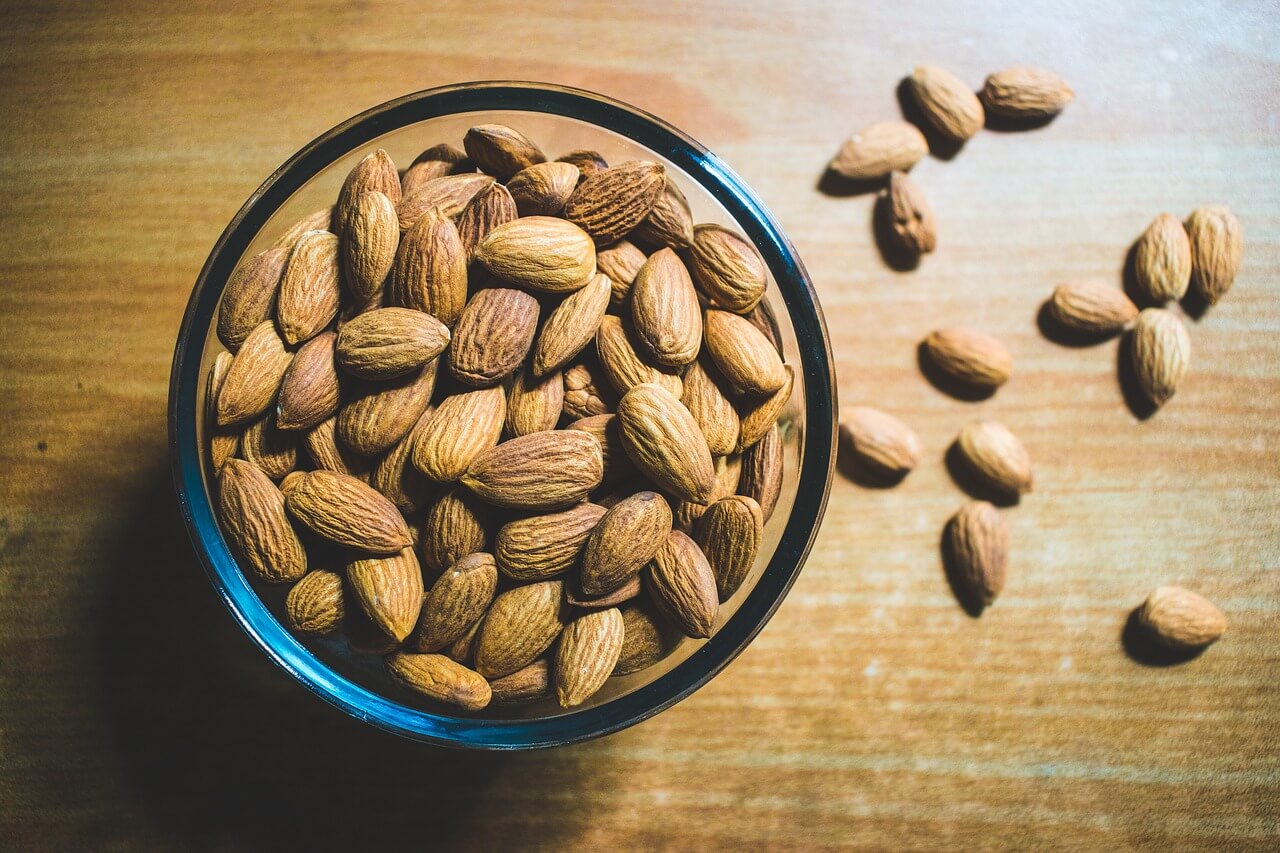 7 Risky Foods You Should Avoid with Leaky Gut