How Probiotics Can Help with Irritable Bowel Syndrome (IBS)

Irritable Bowel Syndrome, more commonly referred to as either IBS or spastic colon, is a mysterious medical condition that is surprisingly common. Symptoms of IBS can vary from uncomfortable to excruciating and can often complicate a person’s life dramatically. A person with IBS can expect abdominal cramping and pain, gas, bloating, diarrhea, and constipation.

Irritable Bowel Syndrome is believed to affect mostly the large intestine, resulting in the uncomfortable symptoms listed above. Although IBS can sometimes be severe, most often it can be treated with dietary and lifestyle changes and by including a few key supplements in a person’s health routine.

While maintaining a healthy, carefully controlled diet is essential for managing IBS, there is strong evidence to support the use of probiotics to treat the difficult and painful symptoms.

Probiotics are a type of supplement that consists of a mix of live bacteria and yeast to boost the health of your body, particularly in the digestive tract. The human body is home to over 39 trillion bacteria on any given day, with the majority of that bacteria residing in the intestines. Bacteria in the intestines is crucial for the health of the immune system as the majority of the immune system is in the digestive tract where it is able to prevent potentially harmful materials or organisms from invading the rest of the body.

The bacteria in the body falls into two categories- “good” bacteria, which is beneficial to the body, and “bad” bacteria, which can create a negative reaction. Sometimes the body’s good and bad stores of bacteria can become unbalanced, with one or both types of bacteria being wiped or greatly depleted. This is when probiotics come in handy.

How Do Probiotics Work?

Probiotics are helpful in maintaining the health of the body in several ways.

First, probiotics introduce a store of “good” bacteria back to the digestive system. Health experts believe it’s essential to maintain a ratio of 85% beneficial bacteria to 15% bad bacteria. When bad bacteria reaches past the 15% mark, a boost of good bacteria is needed to counter the effects.

Second, probiotics also aid with the physical aspect of digesting food. Probiotics work on the nerves that control the digestive tract, helping to send food through the system efficiently. They also break down certain foods, like food that is high in fiber content, to make it easier to digest.

It’s these three things that make probiotics so beneficial to overall health. While it’s a good idea for the average person to be taking probiotics anyway, probiotics are also used to treat specific conditions, especially ones that affect digestion.

There isn’t just one type of probiotic on the market. If you’ve ever browsed the supplement aisle at any grocery store or supermarket, you’ve probably seen dozens of bottles of probiotics lining the shelves. But did you know that probiotics don’t just come in pill form?

Many foods contain naturally occurring probiotics, mainly foods that have been fermented. Fermentation is the process of breaking down a substance with bacteria or yeast. The bacteria feed on the sugars in the food, breaking it down while also producing valuable vitamins, enzymes, fatty acids, and probiotics.

There are a wide variety of probiotic foods available in grocery stores today. The most common form of food probiotic is yogurt, which comes in an array of flavors and textures, produced by dozens of different brands, as yogurt is a staple in the average diet. Yogurt is made by fermenting milk and thickening it by adding cultures of yeast and bacteria to it. Although all yogurt contains some measure of probiotics in them, there are some brands that are designed to contain more cultures and therefore more probiotics.

Other common foods that contain healthy probiotics include sauerkraut, which is a fermented cabbage dish. Kefir is also a great probiotic with a taste and texture similar to yogurt but in drinkable form. Another popular probiotic drink is Kombucha, a drink made from black or green tea that has been fermented with a culture of bacteria and yeast known as a SCOBY.

But you don’t need to run out and buy specialty products like kefir and Kombucha; you probably already have several probiotic feeds in your house. Everyday items like olives, dark chocolate, and even beer and pickles contain healthy probiotics!

Species of Bacteria in Probiotics

The type of probiotic you’re consuming is just as important, if not more important, than the way in which you’re consuming it. There are two main species of bacteria found in most healthy probiotics and a few less common species. Each species consists of several strains of bacteria that have different benefits. The two essential bacteria species most commonly consumed are Lactobacillus and Bifidobacterium.

Lactobacillus – Lactobacillus is the predominant bacteria located in the small intestine. The Lactobacillus bacteria produce an enzyme called lactase, which is necessary for breaking down lactose, the sugar found in milk and milk products. These beneficial bacteria also produce lactic acid which helps to control the growth of potentially harmful bacteria.

Lactic acid is made by the process of fermenting carbohydrates in the digestive tract. This process creates an environment that is slightly acidic, discouraging the growth of bacteria that prefers alkaline environments. The presence of lactic acid in the digestive system also helps the body to absorb essential nutrients like calcium and iron and provides support for strong muscles.

Bifidobacterium – The Bifidobacterium species is the most common species of bacteria used in probiotics. This species is found in the large intestine, with billions of the organisms lining the walls of the colon. The presence of the bacteria in the large intestine supports the lining by producing the energy needed for the cells that make up the lining. It does this by producing lactic acid like the Lactobacillus species.

The lactic acid has a similar effect in the large intestine as it does in the small. Lactic acid keeps the large intestine acidic, discouraging the growth of harmful bacteria that prefer to live in a more alkaline environment. In addition, the lactic acid helps the body to absorb calcium, iron, and zinc. But the Bifidobacterium species is different from the Lactobacillus bacteria in one major way. Bifidobacterium also produces B-vitamins and vitamin K.

There are a few smaller species of bacteria that, although not as common as the two previous species are still used in probiotic supplements. These species are called the Bacillus species and the Streptococcus species. Bacillus bacteria are often used in probiotic supplements because they are hearty and strong and last a long time in the body. The bacteria are classified as spore-bearing, making the species resistant to things like heat and light as well as resistant to the acid found in the stomach. Because of this, it passes easily into the small intestine where it is most useful.

Streptococcus, on the other hand, is found not in the intestines but in the mouth. The species occurs naturally in the mucous membranes of the mouth and throat and produces a substance that inhibits the growth of harmful bacteria. While streptococcus is highly beneficial to mouth health, it’s also good for the body in general as it helps to boost the immune system.

Strains of Bacteria in Probiotics

Each species of bacteria carry several strains. A strain of bacteria is a descendent of a single bacterium in a particular species. While each strain falls under the umbrella of the species, but they differ from each other on the genetic level. Because of this, different strains can benefit the body in different ways.

L. Acidophilus – The L. Acidophilus strain is one of the most important strains under the Lactobacillus species. It is found most commonly in the small intestine but can also be found in the mouth and vagina.

The acidophilus bacteria helps maintain the integrity of the of the intestinal wall but it also supports the absorption of essential nutrients. In addition, the use of acidophilus bacteria in probiotics is linked to the easing of digestive distress in the form of diarrhea and abdominal cramping.

Since the bacteria are also found in the vagina, it can be beneficial to the health of the urinary tract in women.

L. Fermentum – L. fermentum, which is known to fight against pathogens that cause foodborne illnesses, can be consumed through sourdough as well as in supplement form. In addition to fighting against illness, the fermentum bacteria is known to create a few types of antioxidants that are used to neutralize toxic by-products produced by food as it is being digested.

B. Bifidum – The bifidum strain is an important one, and for good reason. It’s the first strain of bacteria to colonize the digestive system of infants and remains one of the largest groups of good bacteria in the digestive tract well into adulthood.

Bifidum bacteria is beneficial to the gut because of its ability to mold to the intestinal wall with more efficiency than other strains. This strain of bacteria is known to improve digestion by breaking down fat and protein into smaller particles that the body can more easily handle. In this way, the bacteria aids in nutrient absorption and can be useful in treating common stomach ailments like diarrhea.

Probiotics are widely considered to be safe for consumption, some medical experts have a few concerns.

First and foremost, probiotic supplements are not as regulated and controlled as prescription drugs and other medications. Because they are considered supplements, they don’t require FDA approval to be sold on the market. Consumers must be careful to purchase probiotics from reputable brands.

Second, probiotics can have adverse effects on people who have compromised immune systems. Cancer patients or people undergoing chemotherapy treatment may experience negative side effects. Probiotic use is not recommended for these patients and those with central IV lines.

That being said, probiotics can be incredibly helpful in managing digestive related ailments such as IBS and are generally safe for public consumption.

When it comes to IBS, all probiotics are not created equal. Although both Lactobacillus and Bifidobacterium are beneficial for gut health, Bifidobacterium is especially potent at treating IBS. People suffering from IBS should find a supplement rich in Bifidobacterium to help manage their symptoms. With the help of a quality probiotic and a healthy diet plentiful in fermented foods, IBS sufferers can expect much needed relief.   If you want to buy probiotic supplements, then there is a good selection of high- quality supplements available on Amazon. 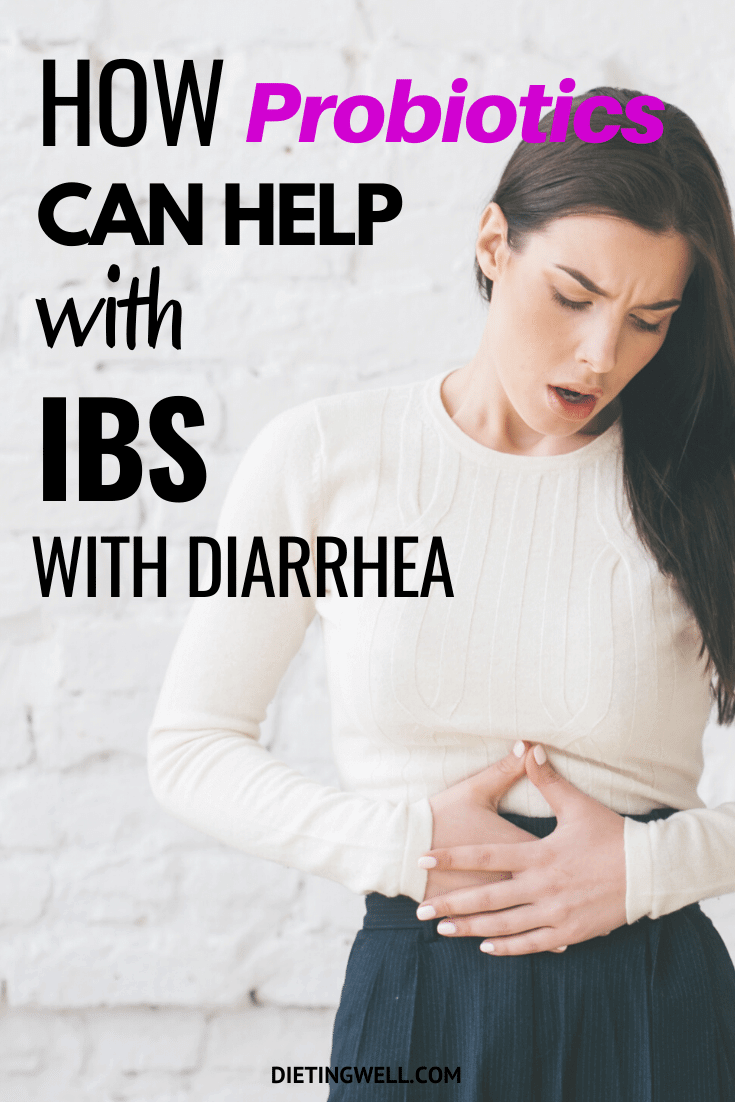 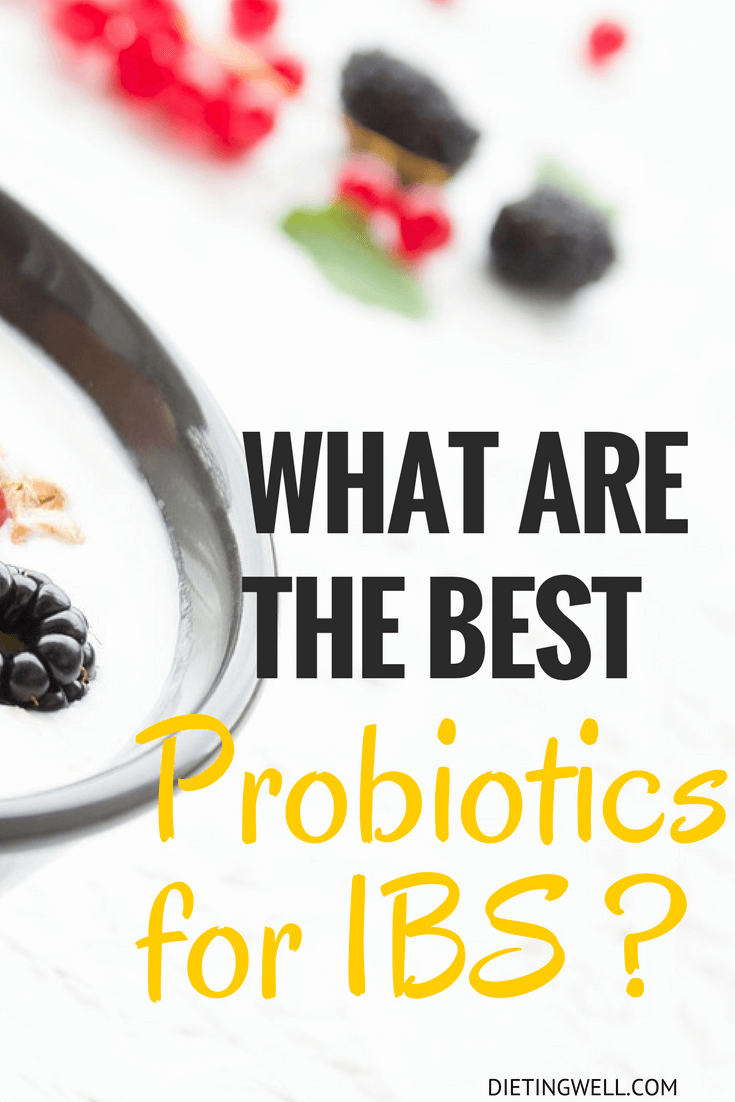 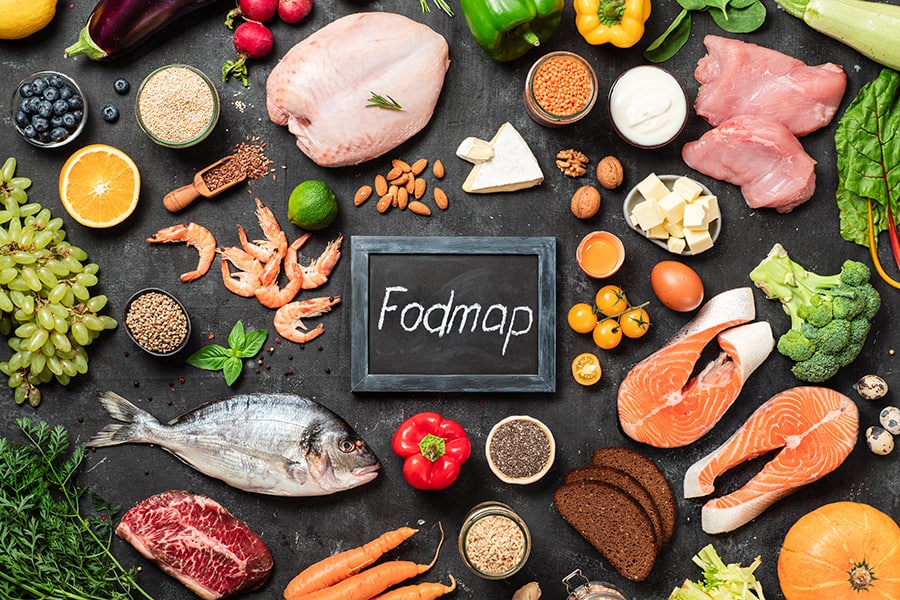 Foods to eat (and avoid) on a Low Fodmap Diet 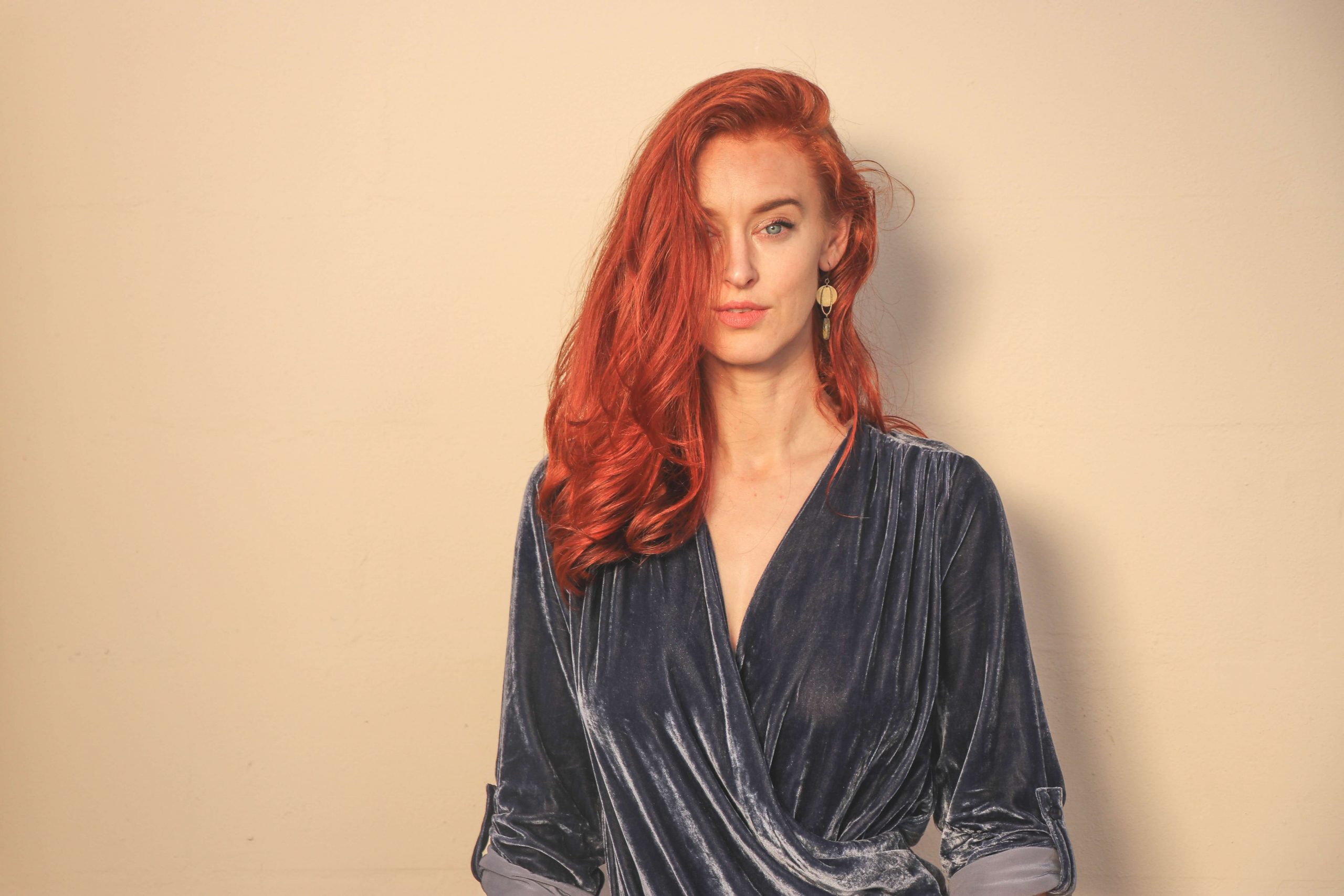 How to Gain Weight When You Have IBS 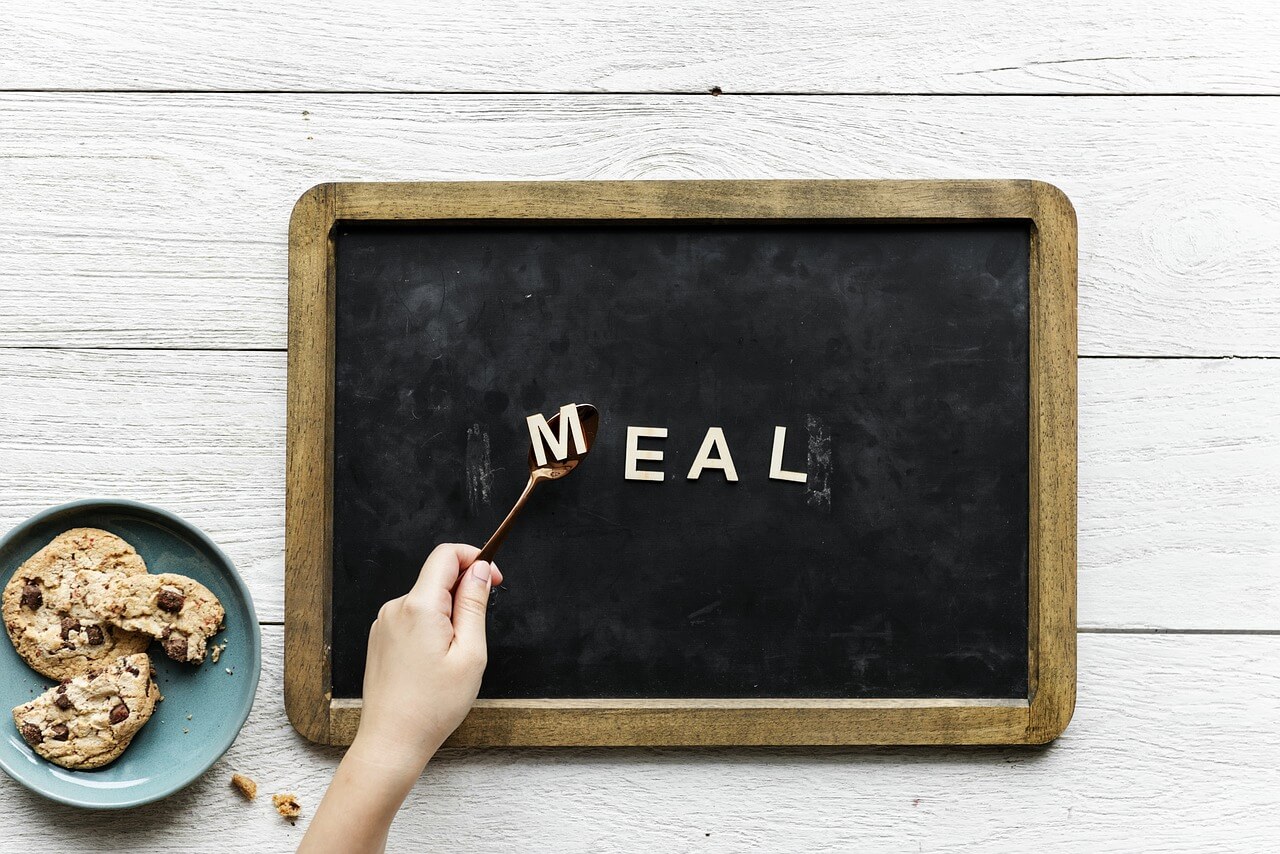