Keeping your carb count low and fat intake high on the keto diet can be quite difficult. By taking advantage of ‘fat bombs,’ however, you can enjoy high-fat, low-carb snacks on the go. There are a few notable recipes to choose from.

Almond Coconut Fat Bombs don’t take much time or effort to make, and only need a few ingredients. Most notably, you’ll need:

To make this, you must mix the coconut butter and almond cream until it’s smooth before adding the erythritol and vanilla extract. This should then be put into the freezer for 20 minutes before making the mixture into the shape of balls.

When making the balls, you should place the almond into the middle and form the ball around it. Lastly, coat in shredded coconut, chill, and serve.

This is one of the easiest options to make. For Gingerbread Keto Fat Bombs, you’ll need:

To make, simply mix most of the ingredients into a batter before adding the melted butter. After letting settle, make into the shape of balls before placing back into the refrigerator to chill.

You only need four ingredients for Healthy No Bake Keto Coconut Bars, which is one of the reasons it’s recommended. These are:

To make, simply mix the shredded coconut, coconut cream, and granulated erythritol into a cream. These should then be placed in molds and put into the freezer. However, you should leave enough space for the chocolate, which should be melted before adding to the mix after it’s set.

After adding the chocolate, you should chill them again for 30 minutes before serving.

Making White Chocolate Raspberry Keto Fat Bombs is quite easy, and it only needs four ingredients. These are:

There are relatively few steps needed to make these. First, mix the coconut oil and cacao butter together before mixing up your raspberries in a blender. These should then be mixed together before the sweetener is added and mixed. Put the mixture into cups before refrigerating until they’ve set.

As you might guess from the name, you only need three ingredients for the Easy 3-Ingredient Keto Tiramisu Mousse to make it. These are:

With these, making it should be quite easy. All you’ll need to do is mix each of them together until you get a smooth cream. After this, you can either eat it straight away or store it in the fridge for up to a day.

One of the great things about Strawberry Cheesecake Keto Fat Bombs is that they don’t take long to make. You’ll need to have:

Whisk until combined before putting into molds and setting.

There are relatively few ingredients needed for the Ferrero Rocher Keto Fat Bombs, which makes it simple to put together. These are:

To put this together, you’ll need to melt the chocolate and coconut oil before adding each of the other ingredients – except the sugar-free chocolate – and blending together in a food processor. You should then add the chocolate as needed before freezing, making into balls, and serving. 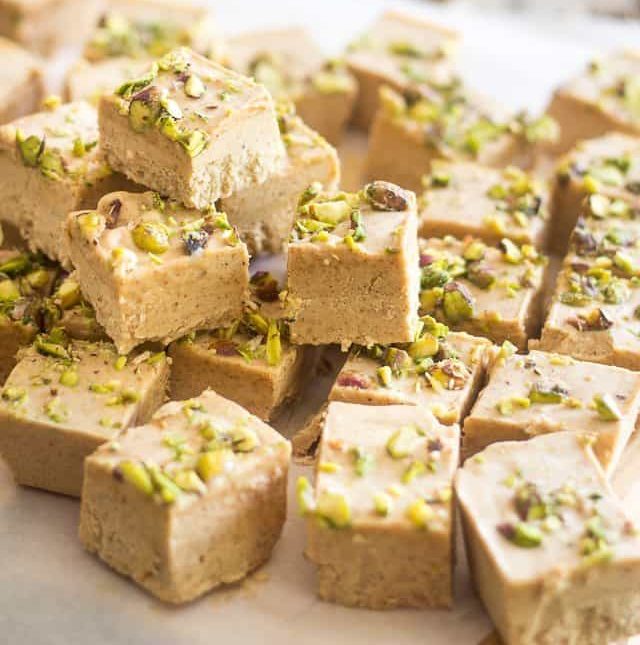 There are a few ingredients for the Almond Pistachio Keto Fat Bombs, which may mean that it needs a certain amount of work. These are:

To make, simply mix the each of the ingredients together. Before doing so, it’s worth making sure that your coconut oil and milk are on the firm side, so you may need to refrigerate these first. Use a hand mixer to mix these slowly before speeding up. When done, your mix should be light and fluffy.

Add melted cacao butter before mixing and placing in a baking tray. Refrigerate until completely set.

While you may need a few extra ingredients compared to the above, the Pumpkin Pie Keto Fat Bombs don’t need much work. You’ll need:

To make this, you’ll need to mix all of the ingredients in a bowl until you get a smooth mass. This should then be placed into the freezer for 15 minutes before being made into balls. Lastly, sprinkle some erythritol on and freeze for 30 minutes.

The Peanut Butter Cheesecake Keto Fat Bombs are relatively easy to make. To start, you’ll need to have:

To make this, you must mix the cream cheese, whipping cream, and erythritol until smooth, before adding the vanilla extract and peanut butter. Set this aside before melting the chocolate, which should then be mixed with the coconut oil.

These Almond Butter Cups only need three ingredients – almond butter, coconut oil, and a sweetener. As such, it’s a low-cost, no-frills approach to a tasty fat bomb. To make this, you’ll have to melt the almond butter and coconut oil before mixing.

Following this, you’ll have to add a sweetener to your desired level and mixing again. This mixture should then be placed into molds before being placed into the freezer until firm.

The Pina Colada Keto Fat Bomb recipe has quite a unique taste and doesn’t need many ingredients. You’ll need:

First, mix the erythritol and gelatin into the boiling water before cooling for five minutes. Add the rum essence and coconut cream and stir for two minutes. Pour the mixture into molds and allow to set in the fridge before serving.

To make this, start by combining the cinnamon, maple extract, pecans, salt, and vanilla. These should be processed until smooth before adding erythritol and coconut oil. Once mixed, this dough should be spread into a silicone pan before mixing in chopped peccans.

You should then allow this to set for between one and two hours.

If you want a cold treat, then the Keto Butter Pecan Fat Bomb Ice Cream can be well-recommended. You’ll need:

To start, place the butter, heavy cream, salt, and sweetener over a low heat. Whisk the egg yolks until light before adding to the mixture. Continue to stir until the mixture thickens before placing in a bowl in the fridge for 30 minutes.

Place into an ice cream machine before adding pecans and mixing.

There are quite a few ingredients needed for the Bulletproof Coffee Keto Fat Bombs. However, it’s still quite easy to make. You’ll need:

To make this, mix the coconut milk and oil alongside the cocoa powder. Add erythritol and stevia before mixing in a blender before mixing the brewed coffee, though this should be room temperature. Blend again until smooth.

Pour into an ice cream maker and process before spooning the ice cream into a tray and letting set in the freezer.

Just because keto dieters need to keep their carbs low doesn’t mean that they have to cut out snacks during the day. All of the above fat bombs can be quite tasty without interfering with ketosis. 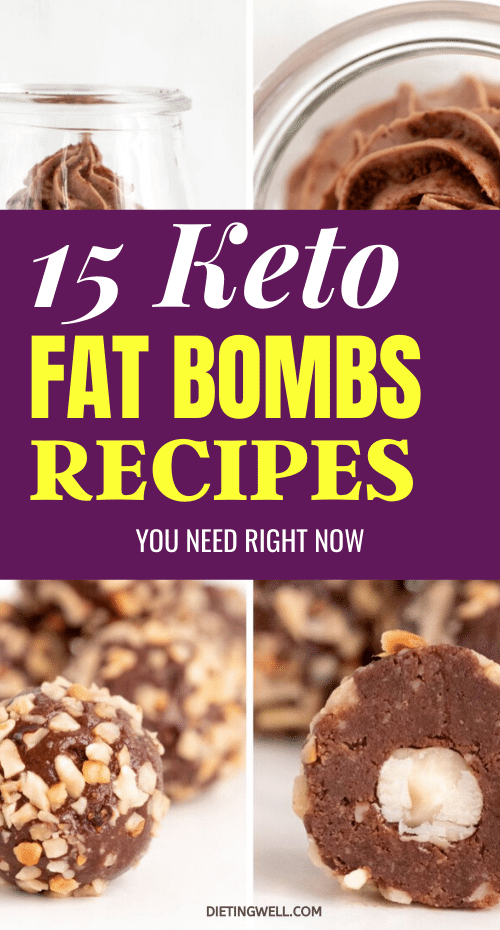 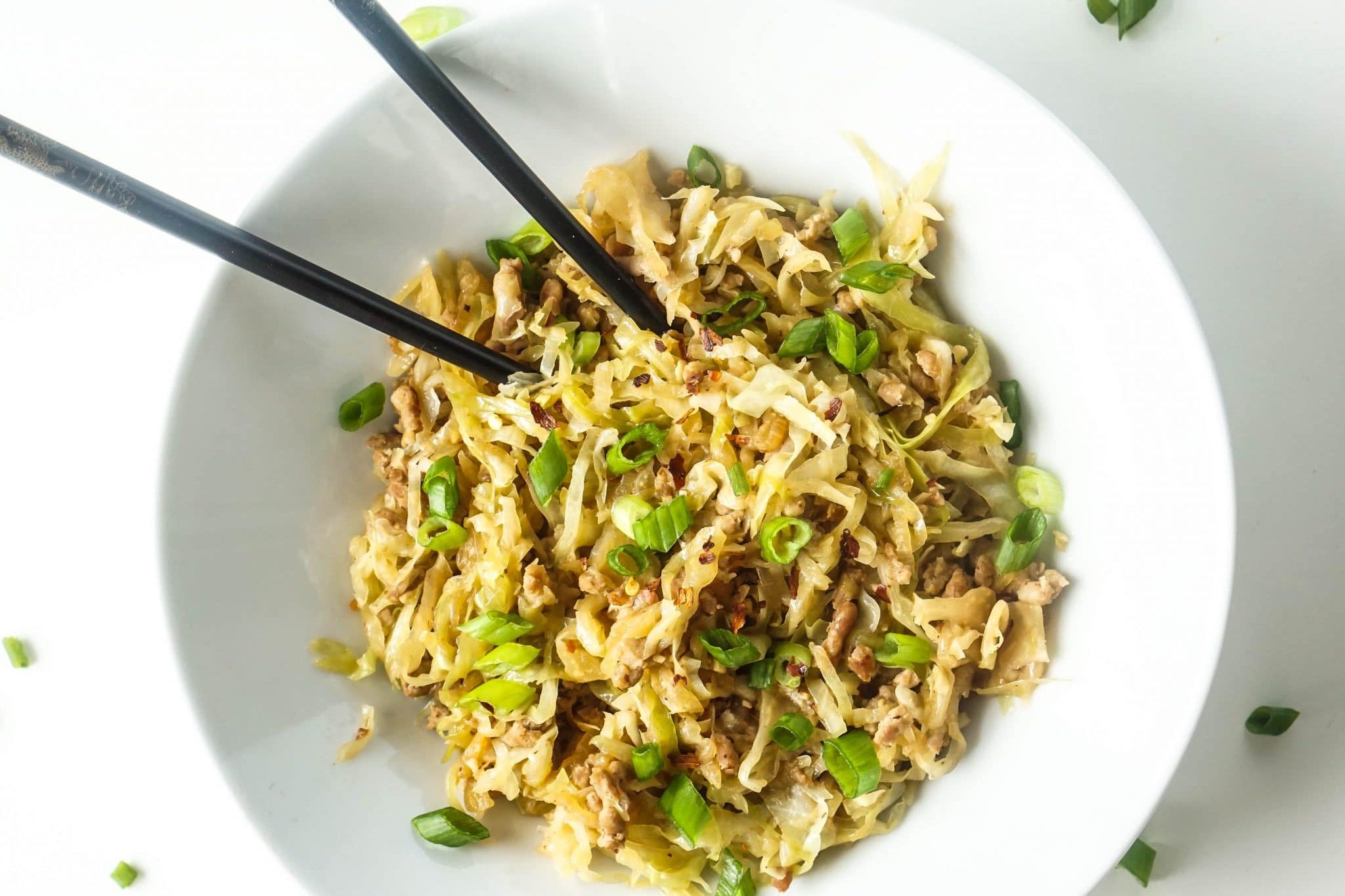 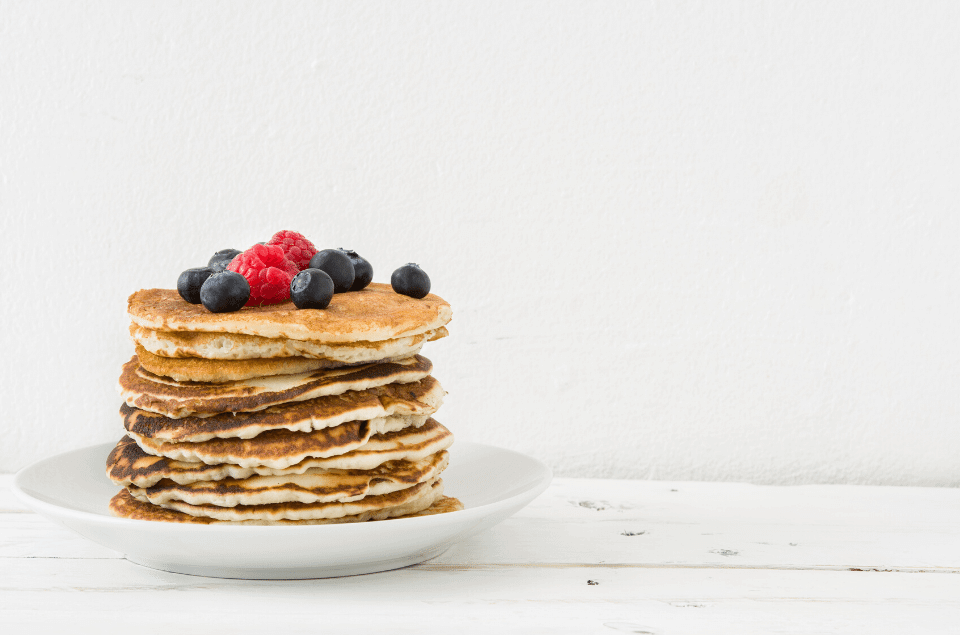 Tired of Eggs for Breakfast? 7 Low-carb Breakfast That Aren’t Eggs 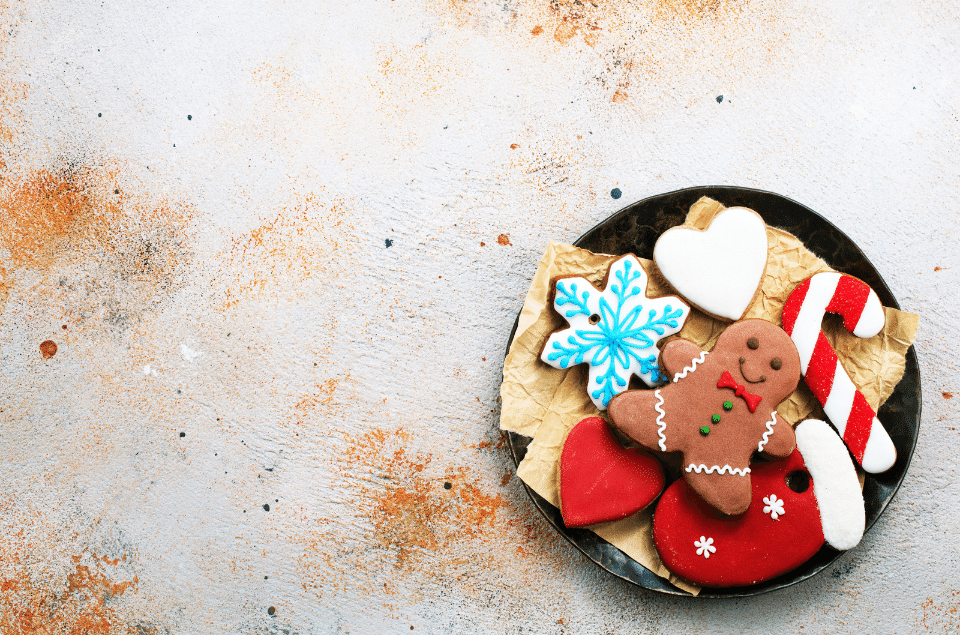